Since 2016, Real Good Foods' mission is to make nutritious foods—lower in carbohydrates, high in protein, grain free, made from real ingredients, more accessible to everyone, improve human health, and in turn improve the lives of millions of people. Real Good Foods offers delicious and nutritious options across breakfast, lunch, dinner, and snacking occasions, with availability in over 16,000 stores nationwide, including Walmart, Costco, Kroger, and Target, and directly from its website at www.realgoodfoods.com.

The Real Good Foods management team is always available to talk to current and potential investors. They're happy to answer any questions you may have and tell you what makes their story unique. Please fill out this form, and we will connect you shortly.

Since in 2016, Real Good Foods' mission is to make nutritious foods—lower in carbohydrates, high in protein, grain free, made from real ingredients, more accessible to everyone, improve human health, and in turn improve the lives of millions of people. Real Good Foods offers delicious and nutritious options across breakfast, lunch, dinner, and snacking occasions, with availability in over 16,000 stores nationwide, including Walmart, Costco, Kroger, and Target, and directly from its website at www.realgoodfoods.com. Learn more about Real Good Foods by visiting its website, or on Instagram at @realgoodfoods, where it has one of the largest social media followings of any brand within the frozen food industry today with nearly 400,000 followers. 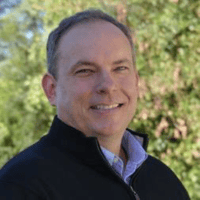 Bryan Freeman
Executive Chairman, Chairperson of Board of Directors

We believe Mr. Freeman’s history with the Company, AdvancePierre Foods, and Snackworks LLC, in addition to his extensive leadership experience in the frozen foods industry, strategic expertise, and knowledge, qualify him to serve as Chairperson of our board of directors. 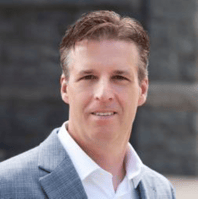 Mr. Law has served as Chief Executive Officer of RGF, LLC since September 2020 and Chief Executive Officer and director of RGF, Inc. since June 2, 2021. Mr. Law has over 29 years of experience in the frozen foods industry, with experience in sales, marketing, research and development, operations, distribution, and mergers and acquisitions. Prior to joining us, from 2011 to 2020 Mr. Law was Senior Vice President, Snack Foods Division at J&J Snack Foods (Nasdaq: JJSF), where he managed 16 manufacturing plants. Prior to serving in that role, Mr. Law held a wide range of positions at J&J Snack Foods of increasing responsibility from 1992 to 2011, including Senior Vice President, Western Operations; General Manager; Assistant General Manager; Plant Engineer; and Design Engineer, Snack Foods Division. Since 2014, Mr. Law has served as 2nd Vice Chair and Board Member of Oaks Integrated Care, a nonprofit organization. Mr. Law holds a Bachelor of Science in Business, as well as a Master of Business Administration in Marketing, from Drexel University LeBow College of Business.

We believe Mr. Law’s role as our Chief Executive Officer and his history at J&J Snack Foods, in addition to his extensive management experience in the frozen foods industry, manufacturing expertise, and knowledge qualify him to serve on our board of directors. 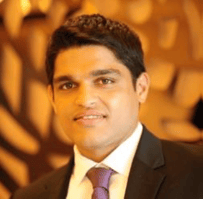 Mr. Jagdale has served as Chief Financial Officer of RGF, LLC since December 2020 and as Chief Financial Officer of RGF, Inc. since June 2, 2021. Mr. Jagdale has more than 15 years of experience as a securities analyst in the food and beverage industry. Prior to joining RGF, Mr. Jagdale served as Chief Business Development and Strategy Officer at Aromyx Corporation from June 2019 to December 2020. From 2015 to 2019 Mr. Jagdale served as Managing Director and Equity Analyst at Jefferies Group LLC and from 2008 to 2015 he served as a Director and Equity Analyst at KeyBank, N.A. Prior to that, Mr. Jagdale served as an Associate at JPMorgan Chase & Co. from 2005 to 2008, an Assistant Client Advocate at Willis Towers Watson from 2004 to 2005, and a Risk Analyst at Marsh McLennan from 2003 to 2004. Mr. Jagdale holds a Bachelor of Arts in Economics with a specialization in Finance from Rutgers, The State University of New Jersey-New Brunswick. 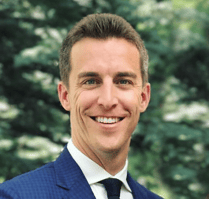 Mr. Stiffelman has served as Chief Marketing Officer of RGF, LLC since April 2017. Mr. Stiffelman has 12+ years of experience in consumer-packaged food companies. Prior to joining us, Mr. Stiffelman served on the Senior Leadership Retail BU Team at AdvancePierre Foods from 2014 to 2016. Prior to that, he led Sales & Operations planning for Hostess from 2013 to 2014. And prior to that, he worked in various capacities at Smithfield Foods, including; Strategic Planning & Category Management, Trade Marketing, Customer Marketing, Plant Controller and Finance. Mr. Stiffelman holds a Bachelor of Science in Business Administration with a specialty in Finance, as well as a Master of Business Administration in Finance and Management, from the University of Missouri Trulaske College of Business.

Real Good Foods Inc. (the “Company”) and its counsel have reviewed the content of this page as well as the accompanying presentation (“Company Presentation”) displayed on this page. To the best of its knowledge, the Company does not believe this content to be misleading or inaccurate in any material respect, nor does it believe there are any material omissions with respect to such content. The Company does not believe the contents of the page or the Company Presentation to contain any non-public material information.