Golden Entertainment, a diverse gaming company, owns and operates casinos, taverns & distributed gaming in Southern Nevada, Montana and Maryland.  We own ten casino resorts (nine in Nevada and one in Maryland) including the iconic Las Vegas landmark The STRAT. We’re the largest distributed gaming operator in the U.S., operating more than 10,500 gaming devices across Nevada and Montana. Future operations coming soon in Pennsylvania and Illinois.

The Golden Entertainment management team is always available to talk to current and potential investors. They're happy to answer any questions you may have and tell you what makes their story unique. Please fill out this form, and we will connect you shortly.

Golden Entertainment, a diverse gaming company, owns and operates casinos, taverns & distributed gaming in Southern Nevada, Montana and Maryland.  We own ten casino resorts (nine in Nevada and one in Maryland) including the iconic Las Vegas landmark The STRAT. We’re the largest distributed gaming operator in the U.S., operating more than 10,500 gaming devices across Nevada and Montana. Future operations coming soon in Pennsylvania and Illinois. 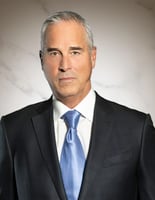 Mr. Sartini joined Golden as Chairman of the Board and Chief Executive Officer in July 2015 in connection with our acquisition of Sartini Gaming through the Merger.

Prior to the Merger, Mr. Sartini served as the President and Chief Executive Officer of Sartini Gaming from its formation in January 2012, and as the founder and Chief Executive Officer of Golden Gaming, LLC (“Golden Gaming”), which he established in 2001. Prior to Golden Gaming, Mr. Sartini served in various management and executive positions with Station Casinos, Inc. (“Station Casinos”) from 1985 to 2001, including as Executive Vice President and Chief Operating Officer when the company first became public in 1993.

He also served as a director of Station Casinos from 1993 until 2001. In 1986, Mr. Sartini co-founded Southwest Services, Inc. (the predecessor to Golden Gaming) and served as its President starting in 1993. Before joining Station Casinos, he held key operational positions with the El Cortez Hotel and Casino, as well as the Barbary Coast Hotel and Casino.

Mr. Sartini is a member of the University of Nevada, Las Vegas Foundation’s Board of Trustees and was appointed to the Nevada Gaming Policy Committee in March 2014 by Governor Sandoval.

Mr. Sartini received a Bachelor of Science degree in business administration from the University of Nevada, Las Vegas. 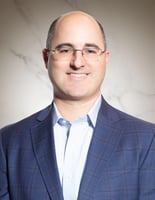 In addition, Mr. Protell previously acted as advisor to Sartini Gaming on various initiatives, including its acquisition of distributed gaming operations and casino assets from Affinity Gaming.

Mr. Protell is a graduate of the University of Virginia with a Bachelor of Science in Commerce. 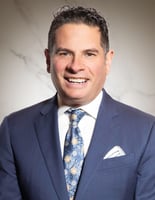 From August 2003 until the closing of the merger, Mr. Arcana served as the Chief Operating Officer for Golden Gaming. From November 1995 to March 2003, he held several executive positions with Station Casinos, LLC. Prior to joining Station Casinos, LLC, Mr. Arcana held a variety of hotel operations and food and beverage positions over a ten-year period with the Sands Hotel in Atlantic City, New Jersey. 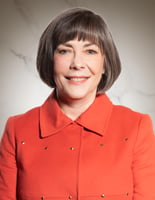 Prior to joining ACEP, from 2000 to 2007 Gilland served as General Counsel and Chief Financial Officer for Taylor Construction Group Companies, headquartered in Des Moines, Iowa with affiliates around the United States. Mrs. Gilland also has held the position of General Counsel with Principal International and as a Manager at KPMG. 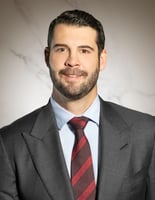 A lifelong resident of Las Vegas, Blake L. Sartini II has spent the past 15 years immersed in various facets of the gaming industry, gaining expertise in every role he has held. From casino to distributed gaming operations, his wide-ranging experience has well positioned him as a leading gaming and hospitality industry executive.

Mr. Sartini received a Bachelor of Science in business administration from Chapman University in Orange, CA. 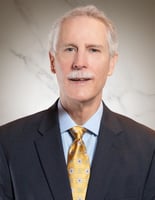 Mr. Haas earned a Bachelor of Science in business administration, accounting and finance, degree from the University of Arizona.

Golden Entertainment Inc. (the “Company”) and its counsel have reviewed the content of this page as well as the accompanying presentation (“Company Presentation”) displayed on this page. To the best of its knowledge, the Company does not believe this content to be misleading or inaccurate in any material respect, nor does it believe there are any material omissions with respect to such content. The Company does not believe the contents of the page or the Company Presentation to contain any non-public material information.